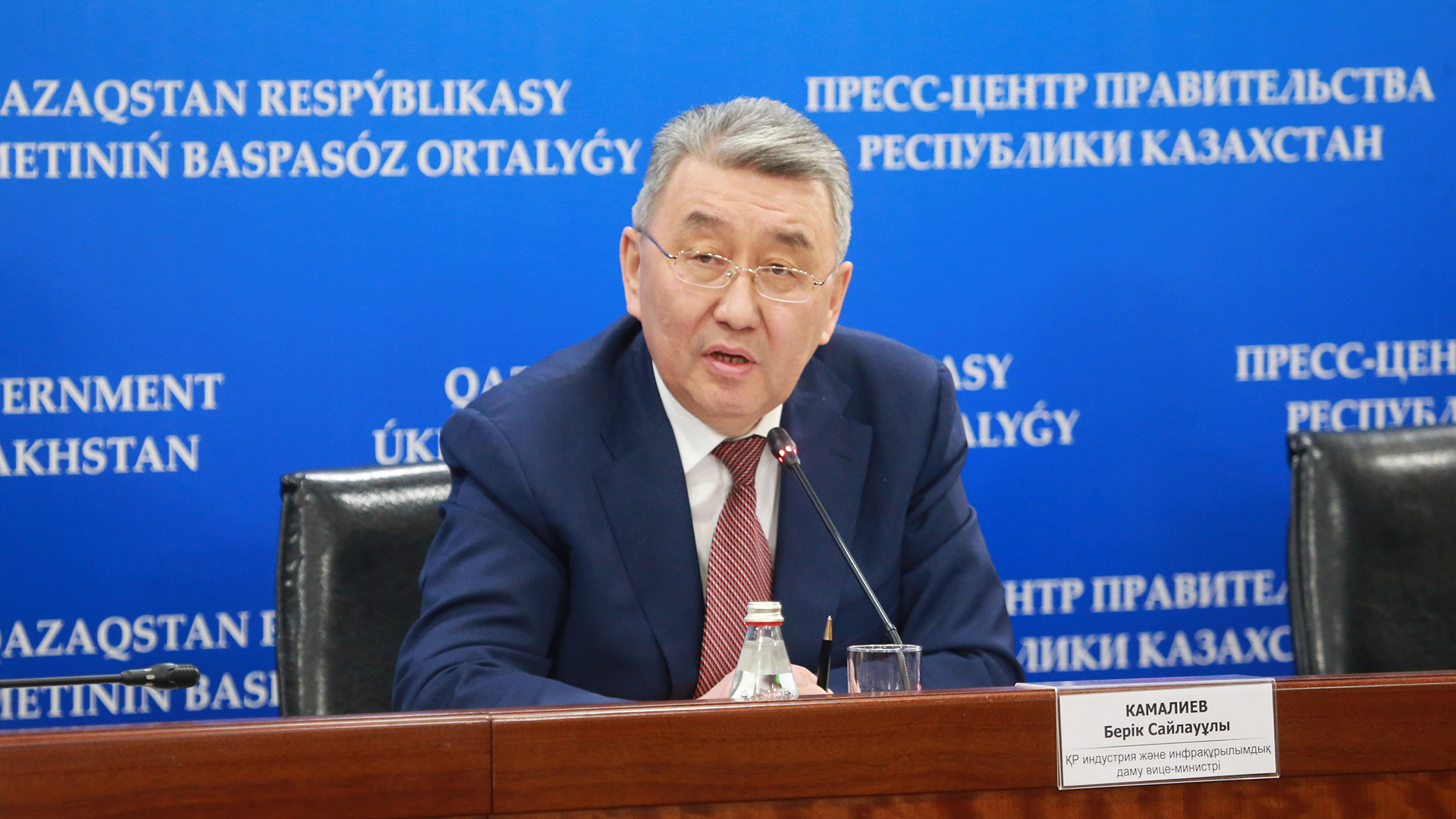 It should be noted that the implementation of the state program is aimed at forming a modern transport infrastructure of Kazakhstan, as well as ensuring its integration into the international transport system.

So, in the development of civil aviation, infrastructure projects are being implemented in the country. Their goal is to increase the throughput of airports, bring airports in line with ICAO international standards, improve flight safety, quality of service, and expand the types of aircraft accepted.

During the press conference, Kamaliyev noted that the aviation industry is one of the key sectors of the state. A new passenger terminal of the international airport was built in Nur-Sultan, six runways were reconstructed in Uralsk, Petropavlovsk, Almaty, Semey, Kostanay, Balkhash. This year, reconstruction of the Turkistan airport strip has begun, and this project will go into the new Nurly Zhol program for 2020-2025.

The number of international air routes has reached 99, and the geography of flight has expanded significantly. New routes are opening, such as Hong Kong, Tokyo, Ulaanbaatar, Prague.

Since 2012, 51 airlines have been operating in Kazakhstan.

Answering a question about further plans for the development of the industry, Kamaliyev stressed that the main goal that the department sets is to reduce the cost of air tickets, launch airports in all regions, open new international routes to Singapore, Shanghai, New York, raising the level of Kazakhstan airlines.

According to the ministry, in the civil aviation sector, according to the results of the five-year plan, the number of passengers served at domestic airports was increased to 16.2 million people, 8.1 million passengers were transported, which is 47% more than in 2014. In general, there is growth and renewal of the fleet of domestic airlines. The state registry of aircraft was replenished with 78, and the main carriers replenished the fleet with 22 aircraft.

“But the most important thing is to improve the work of domestic Kazakhstan routes. Bring them in line with the tourism development program. To create all conditions so that Kazakhstan people can get to places of rest within the country. In this regard, such air hubs as Usharal, Urjar, Ayagoz, Karkaraly, Ulytau and others will be commissioned,” added the Vice Minister Kamaliyev, noting that, for example, you can get to Alakol by plane through Usharal and Urjar.

The vice minister also announced the construction of roads leading to the resort areas of Kazakhstan. Currently, the Taldykorgan – Ust-Kamenogorsk road, which leads to Alakol, is being built using Exim Bank loans. The road from the third category will go into the second. Directions will be open next year. Full completion is scheduled for 2021. Also, reconstruction of the adjacent sections of Kalbatau – Maykapshagay, Taskesken – Bakhty is nearing completion. 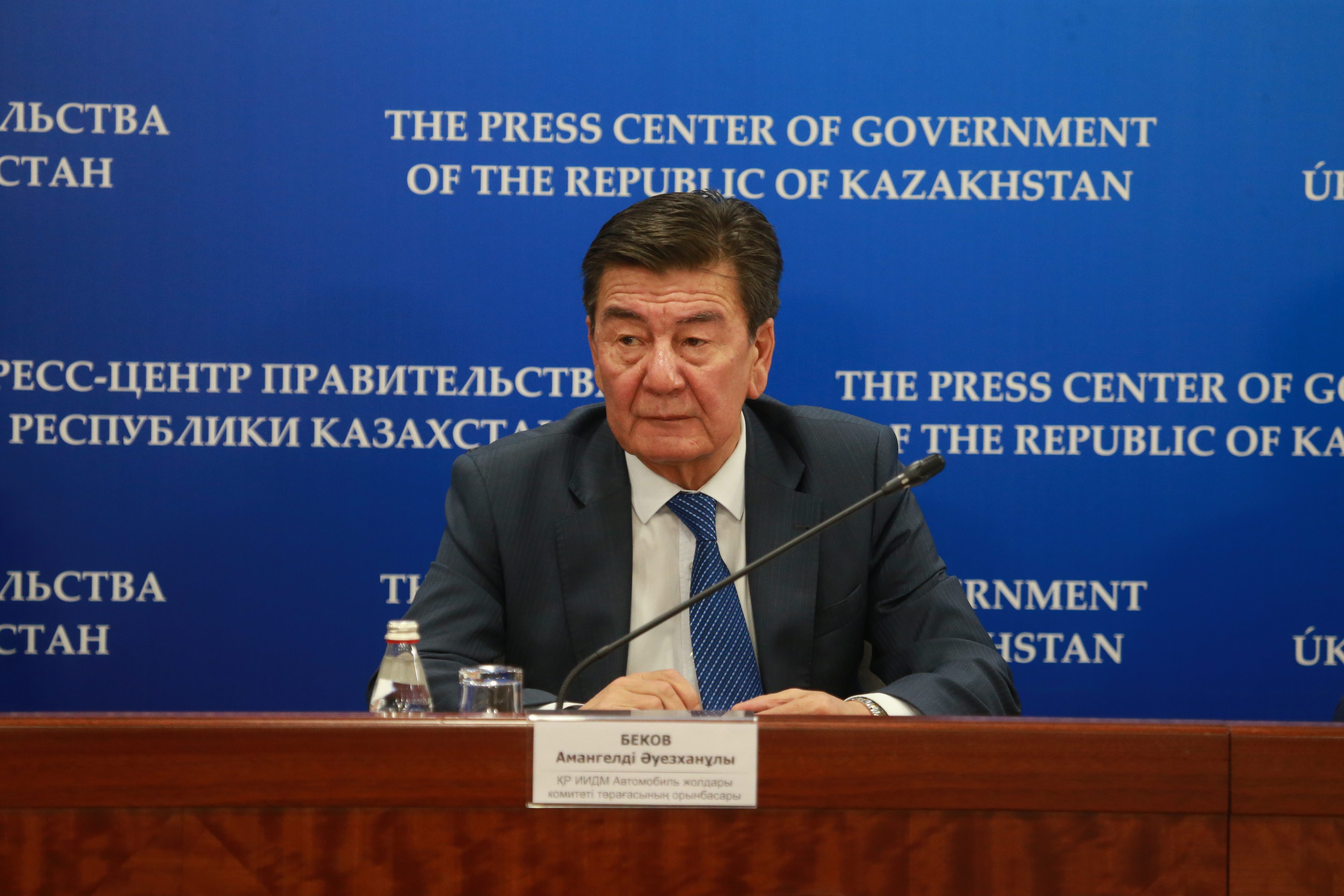 Deputy Chairman of the Committee for Roads of the Ministry of Industry and Infrastructure Development Amangeldy Bekov, in turn, noted that today 95% of building materials used in road construction are produced in Kazakhstan. This includes cement, concrete, gravel, reinforced concrete structures, metal. The remaining 5%, which are imported from abroad, are materials that are economically impossible to produce in Kazakhstan. For example, the components of bitumen.