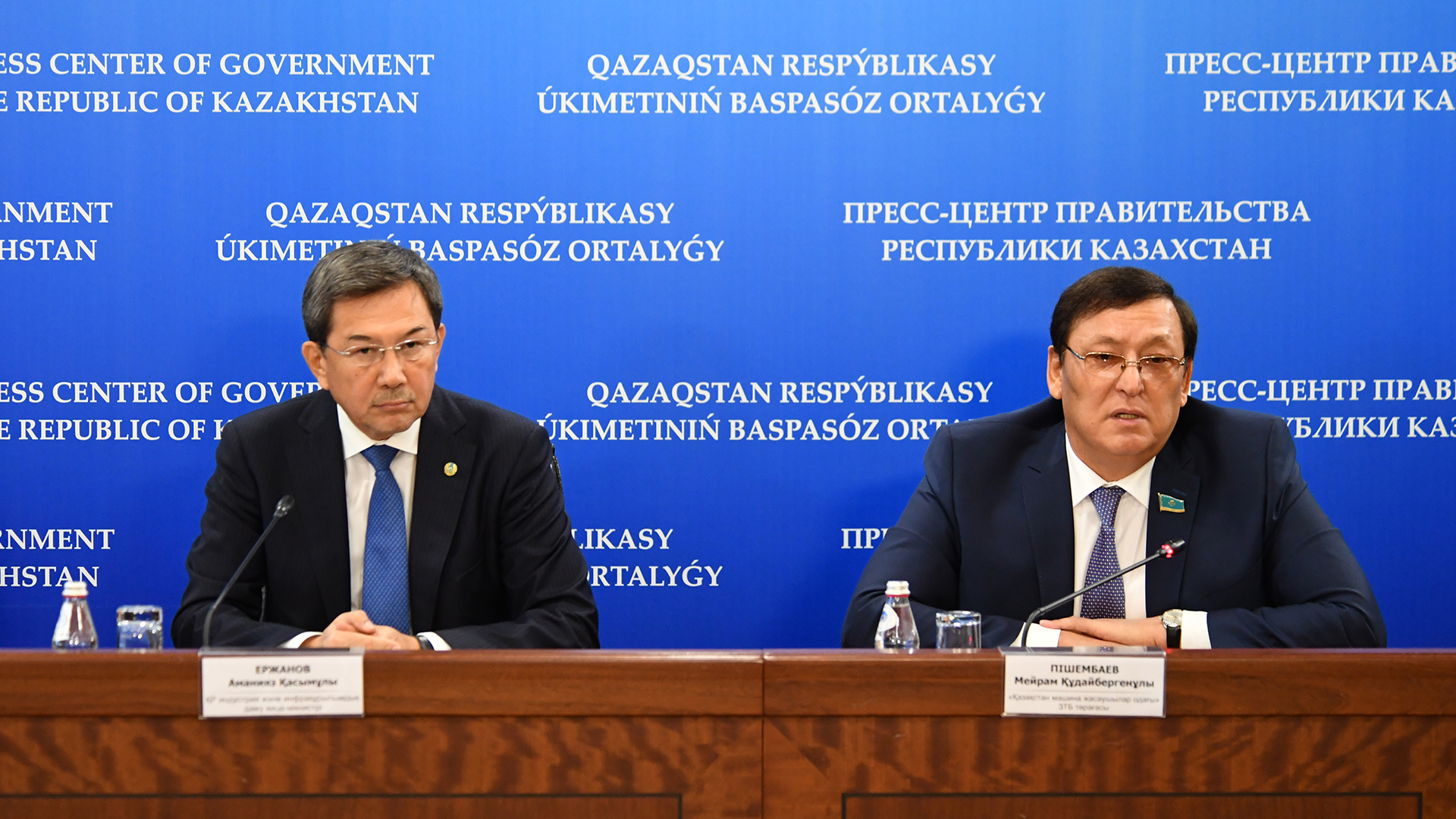 Sep. 12 at a press conference in the Government, Vice Minister of Industry and Infrastructure Development Amaniyaz Yerzhanov spoke about the development of the engineering industry and plans to implement the president’s instructions given in the Address to the people of Kazakhstan.

Industrial development is the most important task for the economy of Kazakhstan. In 2010, a course was taken to diversify the economy and accelerate the growth of non-resource sectors. In 2010-2014 The State program of forced industrial and innovative development was implemented. Today, the implementation of the second five-year industrialization period is nearing completion. In the State program of industrial and innovative development for 2015–2019. Emphasis was placed on priority manufacturing sectors. The concept of the third five-year industrialization plan for 2020–2024 is at the adoption stage.

Yerzhanov said that over the years of the implementation of the industrialization program in the machine-building industry, 114 projects have been implemented in the amount of about 276 billion tenge and about 11 thousand jobs have been created.

The auto industry and railway engineering were actively developed, and the sectors of agricultural, electrical, mining and oil and gas engineering were significantly updated and strengthened.

“All this was done thanks to the successful industrial policy of the state. The government took measures to stimulate the industry, such as VAT preferences, developing a program of preferential lending and leasing, measures to support the export of products,” said the Vice Minister.

Large multinational corporations such as Alstom, General Electric, SMS – JAC Motors, Hyundai and others were involved in the development of the industry. The range of products for export has been expanded (automotive products, bearings, fans, batteries, transformers, locomotives).

Kazakhstan began to successfully integrate into global value chains. For example, the production of Schneider Electric electrical products at the facilities of Silumin-Vostok LLP, the production of ventilation equipment LG Electronics at Almaty Ventilator Plant LLP.

In April 2019, a joint action program was adopted between Kazakhstan and the Russian Federation to develop cooperative ties. It provides for cooperation in a number of joint projects with KamAZ PJSC, Petersburgsky Tractorny Zavod JSC, etc.

In April 2019, the foundation stone of the new Hyundai Trans Kazakhstan LLP plant for the production of Hyundai cars was laid. In the framework of cooperation with Chinese partners, it is planned to launch factories for the production of tires and engines, which will start the development of the automotive component base in our country.

Yerzhanov said that in 2018 over 6 thousand cars were produced in Kazakhstan. Half sent for export to other countries. Among them are Russia, Uzbekistan, Kyrgyzstan, and Tajikistan. For 8 months of 2019, about 30 thousand cars were collected.

In turn, the deputy of the Majilis of the Parliament, the Chairman of the the Union of Mechanical Engineers of Kazakhstan Meiram Pshembayev said that the localization of the Kazakhstan automobile industry is about 30%.