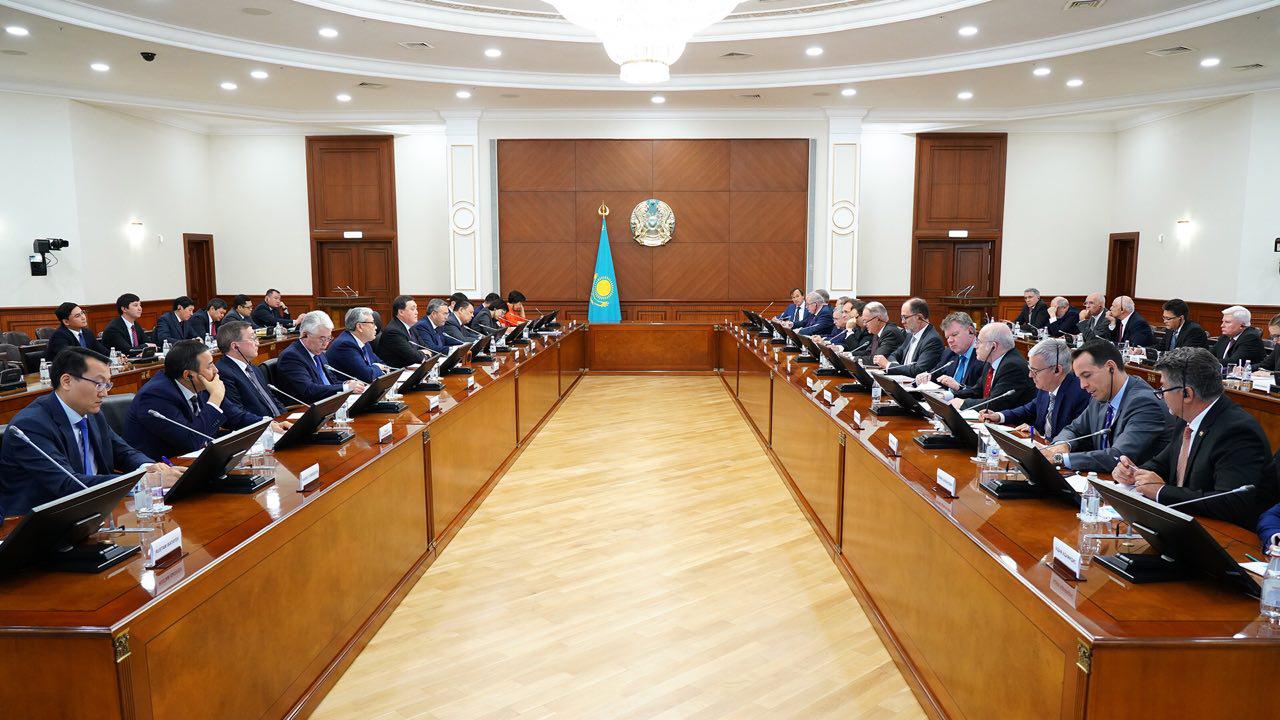 Prime Minister Askar Mamin held a meeting with the heads of diplomatic missions of the European Union member states accredited in Kazakhstan as part of the Dialogue platform on the further development of investment cooperation.

The parties discussed the results of the work done during three months after the first meeting on pressing issues of trade, economic and investment cooperation, including the promotion of export of Kazakhstani products to the EU, cooperation in agriculture, energy, transport, customs, the environment and climate change, legislative measures to improve the investment climate in Kazakhstan, as well as the results of September 30 this year 3rd meeting of the Kazakhstan-EU Cooperation Committee in a trade configuration.

Prime Minister Askar Mamin noted that the First President, Elbasy Nursultan Nazarbayev and Head of State Kassym-Jomart Tokayev pay great attention to cooperation with the countries of the European Union, which is one of the most important trade and economic partners of Kazakhstan.

EU countries account for more than half of foreign direct investment in Kazakhstan. Between 2005 and the first half of 2019, the EU invested about $150 billion. The EU also acts as the largest trading partner of the Republic of Kazakhstan – as of July 2019, bilateral trade in goods and services reached almost $ 20 billion.

“The contribution of EU experts was important for the development and implementation of some of our key strategies and documents in the areas of governance, privatization, digitalization, public-private partnerships, sustainable development, which continue to play a big role in promoting the growth of the Kazakhstani economy and improving the well-being of the country's population,” said Mamin.

The prime minister emphasized that ensuring the growth of foreign direct investment and trade is one of the priority areas of the Government of Kazakhstan.

Askar Mamin called on the ambassadors of the European Union to further open and active dialogue to promote economic cooperation between Kazakhstan and the EU.

“We must make our future agenda more sensitive to new trends and work on recommendations that allow us to better respond to existing challenges and opportunities,” said the head of Government.

In turn, the heads of diplomatic missions noted the positive dynamics of work to create comfortable conditions for doing business in Kazakhstan. The Head of the EU Delegation to the Republic of Kazakhstan, Sven-Olov Carlsson, expressed confidence that the active efforts of the Government of the Republic of Kazakhstan to improve the investment climate will give an additional impetus to the development of trade, economic and investment cooperation between Kazakhstan and the countries of the European Union.